So you just reached level 25 and you can’t decide whether or not to buy the USS CG(X)-21. I mean, it definitely looks good at first glance, judging by the equipment.

However, 70 000 000 dollars is a lot of money for a cruiser. And you don’t know the ideal playstyle of the ship or the types of enemies it can effectively combat. That’s why I exist. This is not a joke. The owner of this website is holding me captive here until I write 1984 articles. Please send help.

CG(X) is very good for medium to long range surface combat. Yes, it can work at close range, but not against all ships. I’ll list the ships you should avoid with CG(X) later.

CG(X) is good for surface combat specifically against fast-moving targets. It has no grenade launchers or torpedoes which tend to miss fast, maneuverable targets. Instead, it has lock-on or auto-aim weaponry such as missiles and autocannons. It also has cannons that are more accurate at longer ranges than grenade launchers but do not work as well at close range.

While most cruisers get three missiles, CG(X) gets four. It also has two cannons like its smaller siblings USS Vella Gulf (CG-72) and USS Port Royal (CG-73) while Russian cruisers only get one. This means there are not many surface ships that can beat CG(X) in terms of firepower. Exceptions are:

These are the ships you should avoid facing at medium to close range.

The first thing you need to know about CG(X) is that it has no means to fight submarines. Once you encounter a sub, hide. If you can’t hide, pray to God it’s gonna surface soon. When it does, you can rather easily destroy it with your arsenal. If it doesn’t and you’re caught in the open, you’re basically dead. CG(X) has no grenade launchers to destroy torpedoes, and it can’t dodge them either due to its bad maneuverability. Its AA defense works against up to 3 ballistic missiles, then you get hit. It doesn’t have enough HP to withstand a lot of Bulava hits which is what the submarines will be using most of the time.

CG(X)’s maneuverability, speed and HP are very mediocre, borderline bad. You will NOT dodge torpedoes, you will NOT be able to peekaboo behind obstacles due to the cannon placement and speed, nor will you be able to withstand consistent fire from anything, let alone the ships mentioned above.

Think of CGX as Zumwalt, if it traded speed, maneuverability, and the convenient cannon placement for 2 more missiles and 1 more AA defense. Although I can safely say it was worth it, CGX is undoubtedly better than Zumwalt at most things.

There are two loadouts I would consider the best after the update.

This loadout is meant to be used for close and medium-range, due to scalp being more effective than DF-17 at those ranges only. It deals more damage, accelerates more quickly and it’s difficult to block while DF-17 is very vulnerable to AA at the launch and acceleration stages. You can use it on longer ranges but then DF-17 is more effective because of its speed. SCALP is about ⅔ as fast as DF-17.

This loadout is meant to be used at longer ranges, like on the storm map. SCALP has problems at long range because of its speed. While the missiles are traveling, they can be flared every time if the enemy is far enough away. With df 17’s speed, this doesn’t happen.

USS CG(X)-12 is powerful against most surface combatants but powerless against submarines. Its HP, speed, and maneuvering ability are mediocre. You should be careful with the positioning of the ship, as the cannons sometimes hit obstacles when firing from a horizontal angle. Do not rush Pyotr Velikiy, Yamato, or multiple targets at a time, you will be shredded. Keep an eye out on enemy Type 100 subs.

In my opinion, CG(X) is a great investment. You should definitely buy it if you have the money. I’m mostly playing with it when I’m not maining Pyotr or Type 100. 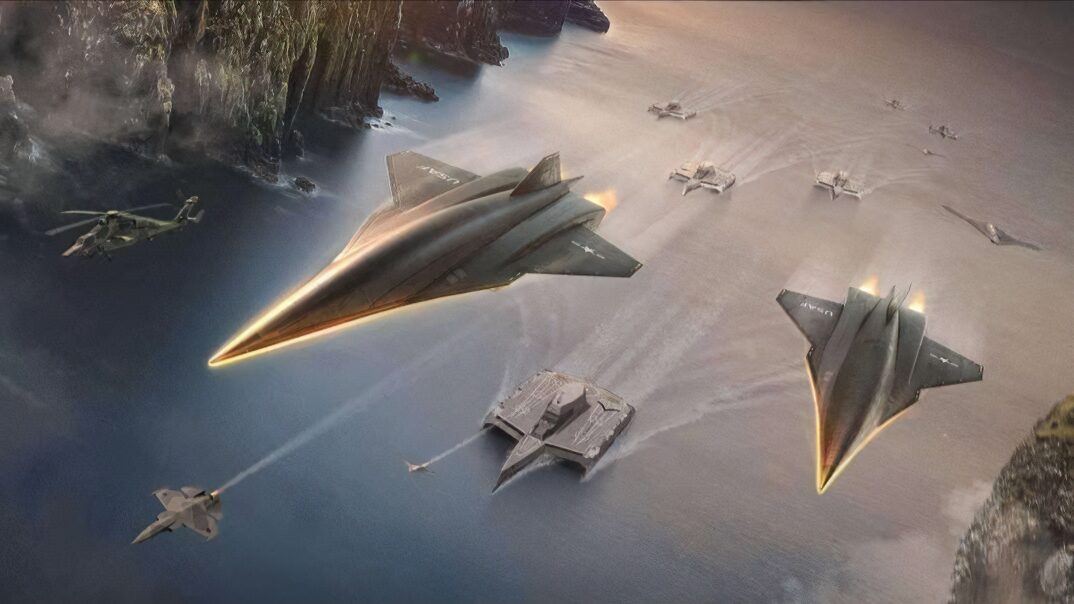 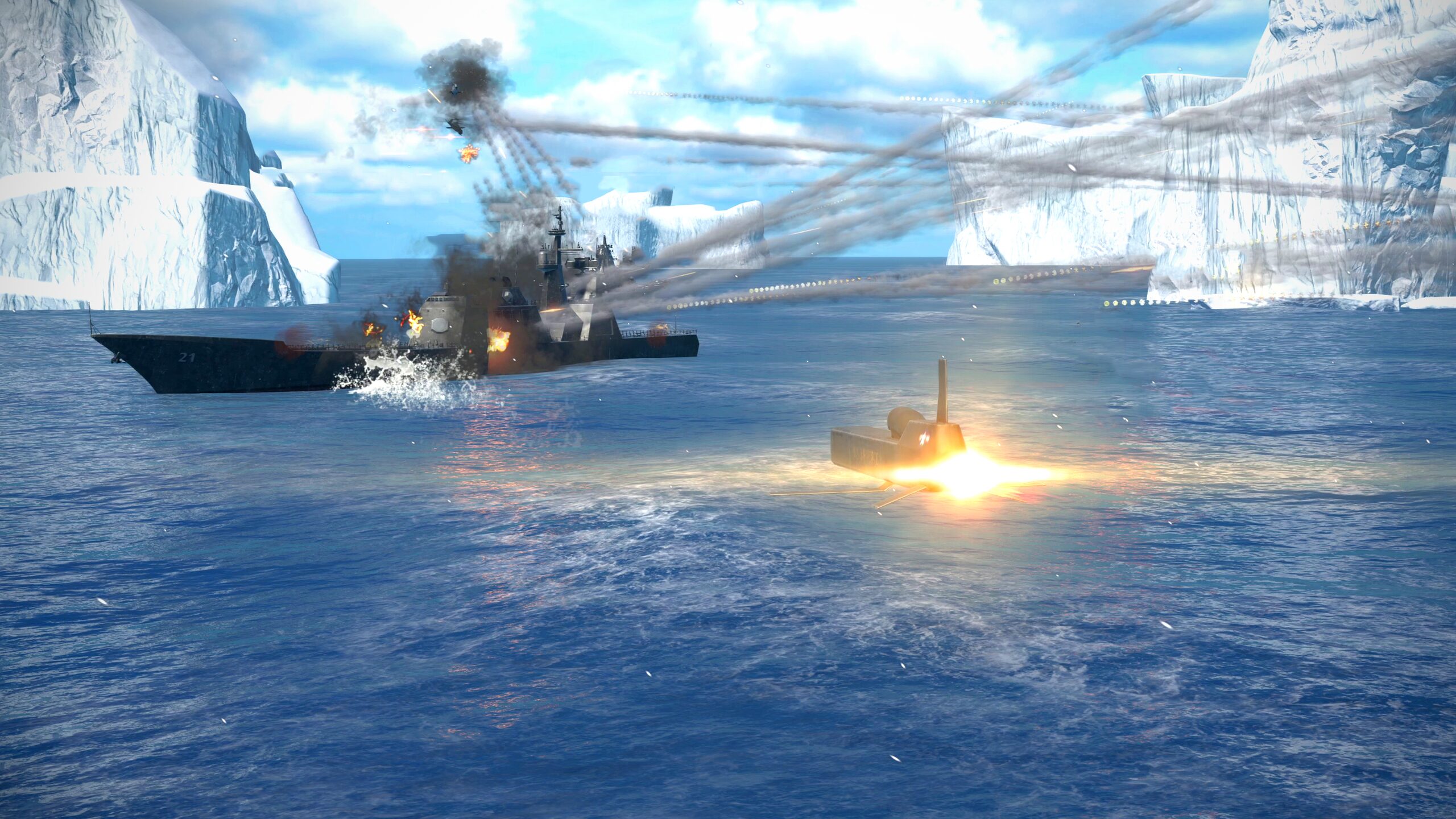 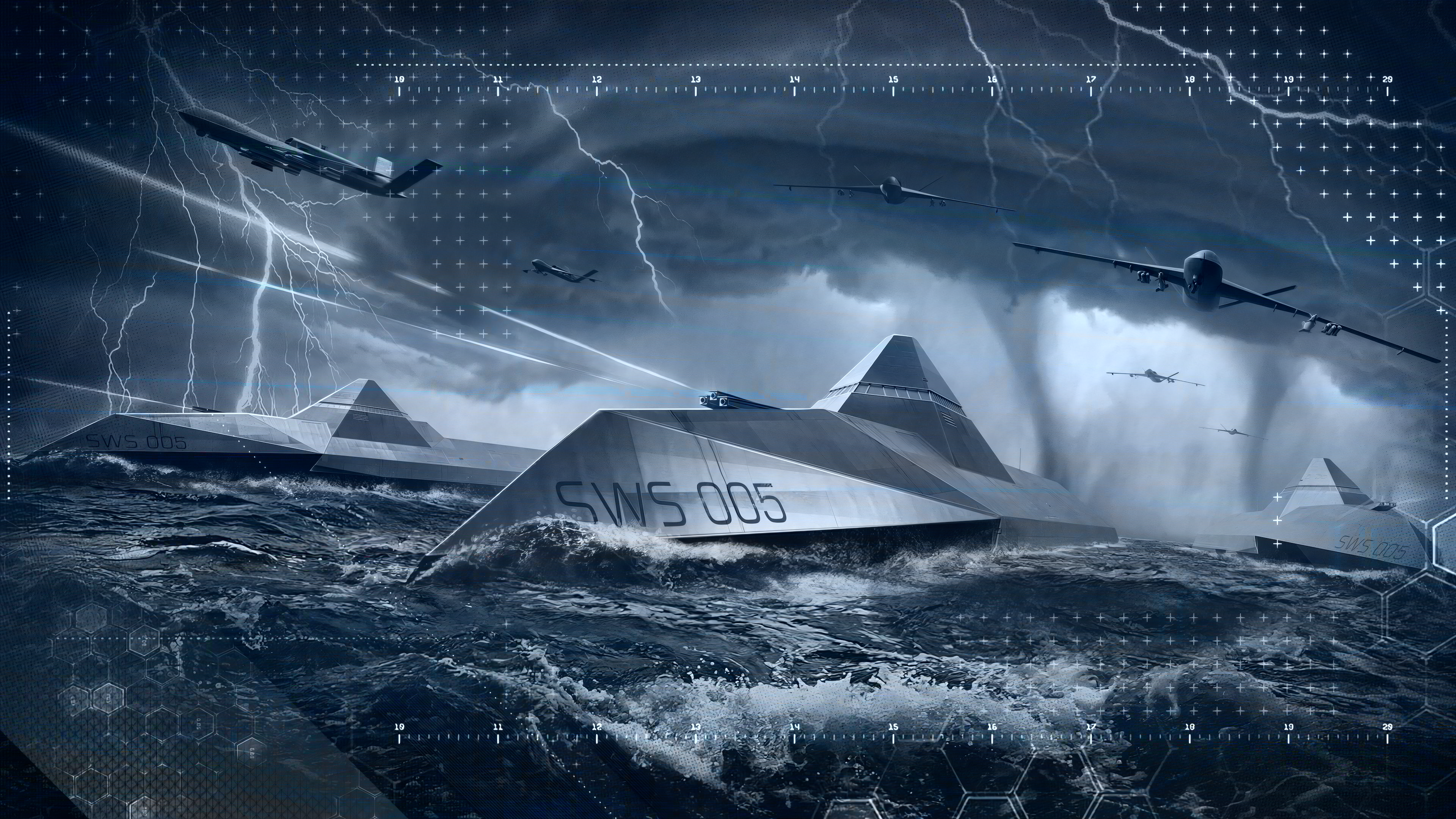 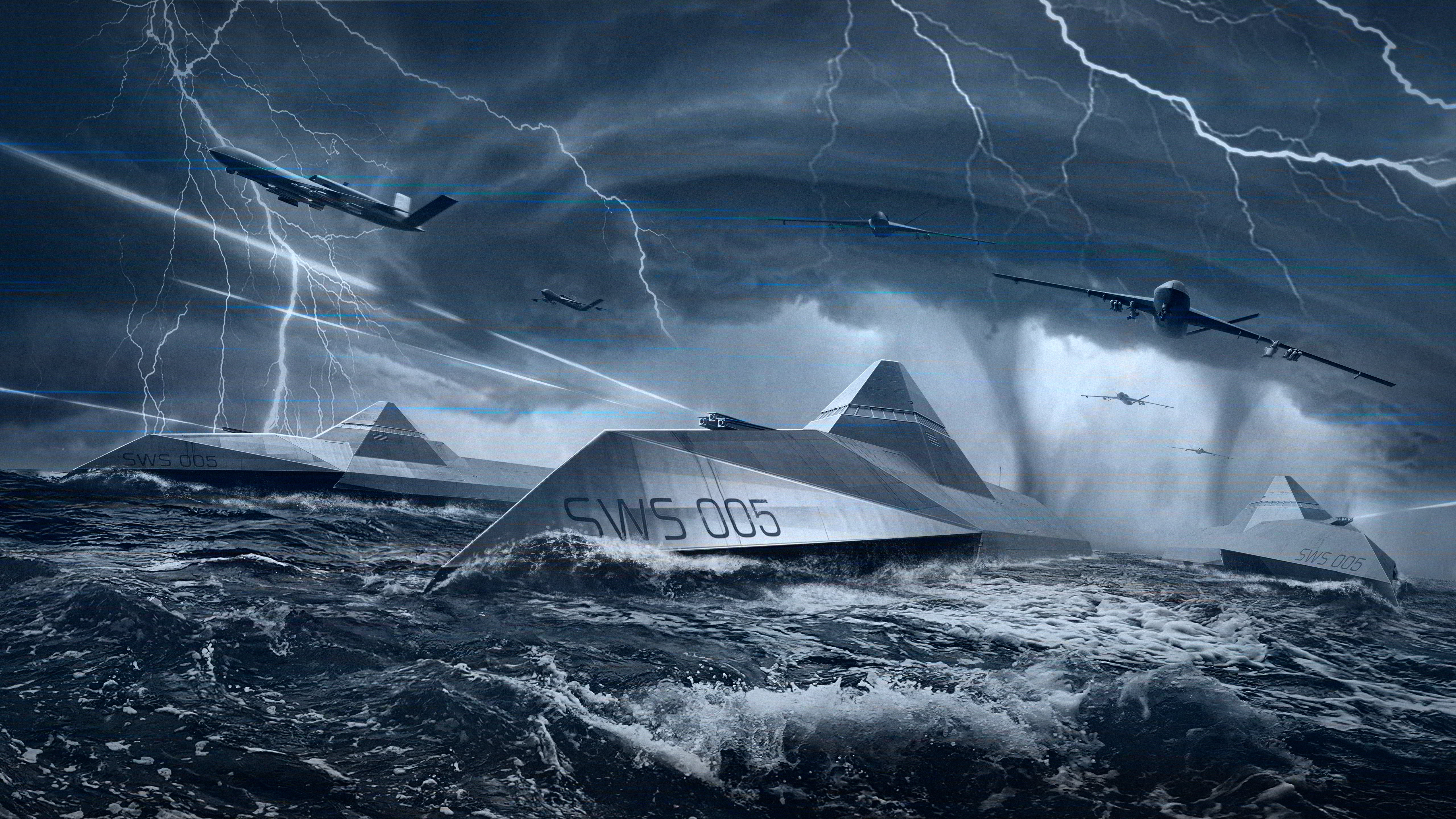 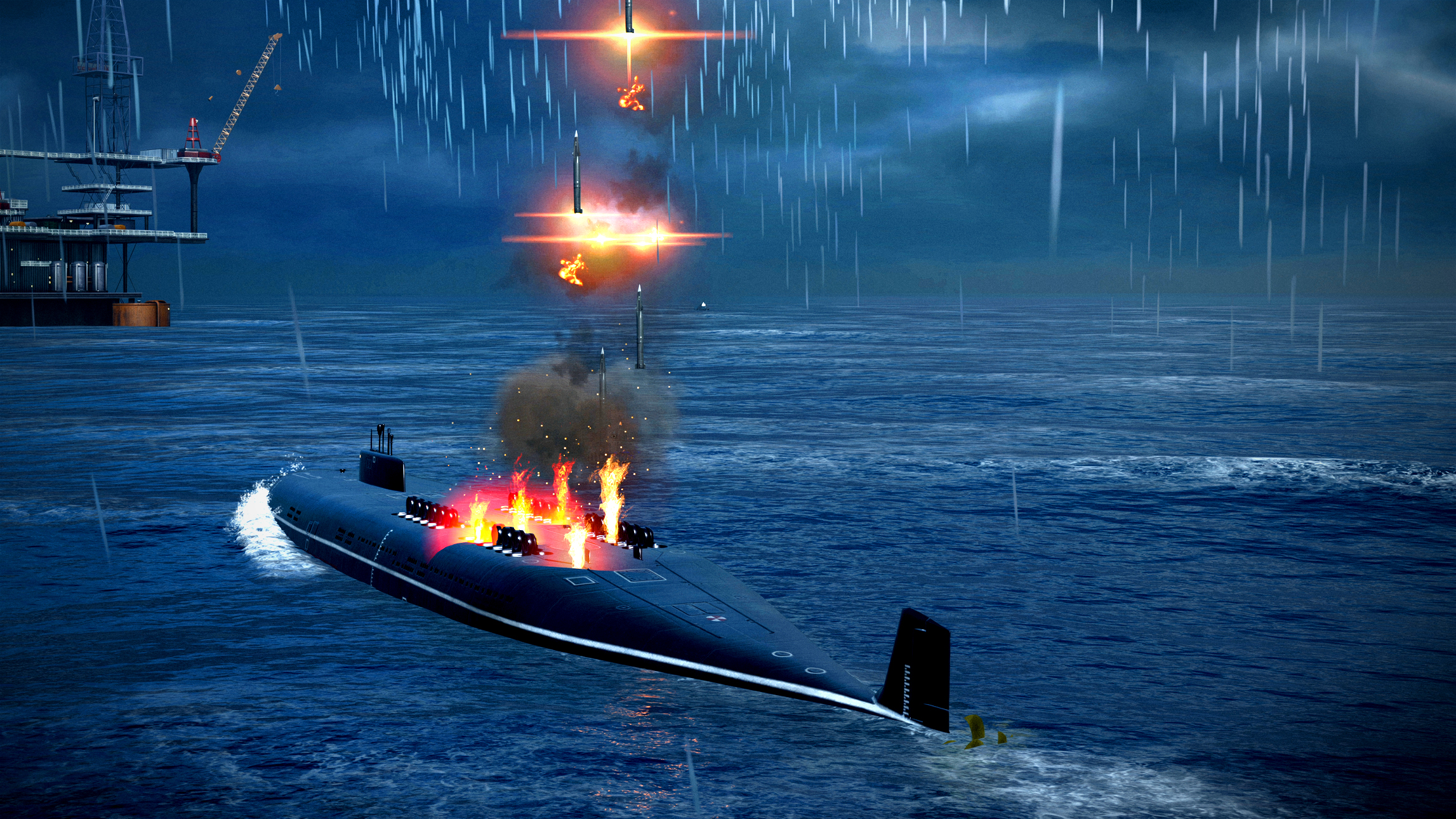